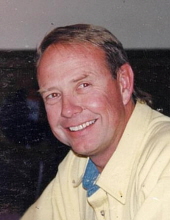 Posted at 10:56h in CVMA news by Katherine Wessels
0 Likes

CVMA member Larry Dean Krugman, DVM, passed away from COVID-19 complications on April 22, 2021. Dr. Krugman had been a steadfast CVMA member since 1974.

Dr. Krugman was born on April 8, 1948 in O’Neill, Nebraska to Edwin and Sarah Krugman. Larry, 73, was never sick in his life until he passed away on April 22, 2021 from the Covid respiratory virus. He was raised in O’Neill being the oldest of five children. He attended O’Neill High School where he played all sports and studied to be a Veterinarian. He graduated in 1966 and was accepted into the University of Nebraska, studying hard to maintain a 4.0 grade point average for two years. He was accepted into Colorado State University Veterinary School in 1968 on a four year full-ride scholarship. Larry met Linda D. Olson at CSU and they were married in her home town of Rocky Ford in 1970, their junior year of college. Dr. Krugman graduated from CSU Veterinary School in 1973, with a DVM degree. Thereafter, he and Linda moved to San Francisco, California. Larry practiced in a Small Animal Clinic for one year before moving back to La Junta to work for Dr. RJ Nelson. They became partners and were together for seven years before Larry decided he had to have more time for God and his family, thus opening Krugman Small Animal Clinic in 1979. Larry loved his practice, all kinds of animals and their owners. He loved La Junta and the Arkansas Valley. He would always say “my life isn’t a job, it’s an adventure.” He will be remembered for being a self-made strong man – one of a kind that could do anything. He was driven to work hard, to be honest and straightforward, doing everything the best he could. He had a great sense of humor and a joyful heart. Larry and Linda traveled all over the United States. His love of history took them everywhere on road trips. An avid reader and learning was always important to him. He loved fishing, hunting, ranching, all sports, especially his beloved Nebraska Cornhuskers. And of course, no one could keep him off of his motorcycles – not even two bad wrecks. Larry was preceded in death by his parents and his sister, Bonnie. He is survived by his wife, Linda; sons both who are chiropractors, Daxton and his daughter, Kaiya of Corpus Christi, TX; Tyson and children, Jaxon, Jayden and Jaelynn all of Cedar Park, TX. Also Carrie Zumwalt, who has been his A-one veterinary assistant for over 21 years. Billie Joe Bob, his and Linda’s little dog, was his joy. Larry was a member of the Prairie Bible Chapel. His will be sorely missed. As per Larry’s wishes cremation has taken place and a celebration of his life will be held at a later date. Online condolences may be made at www.peacockFH.com. Peacock-Larsen Funeral Home and Arkansas Valley Crematory is in charge of arrangements.

To plant a tree in memory of Larry Dean Krugman, please visit our Tribute Store.