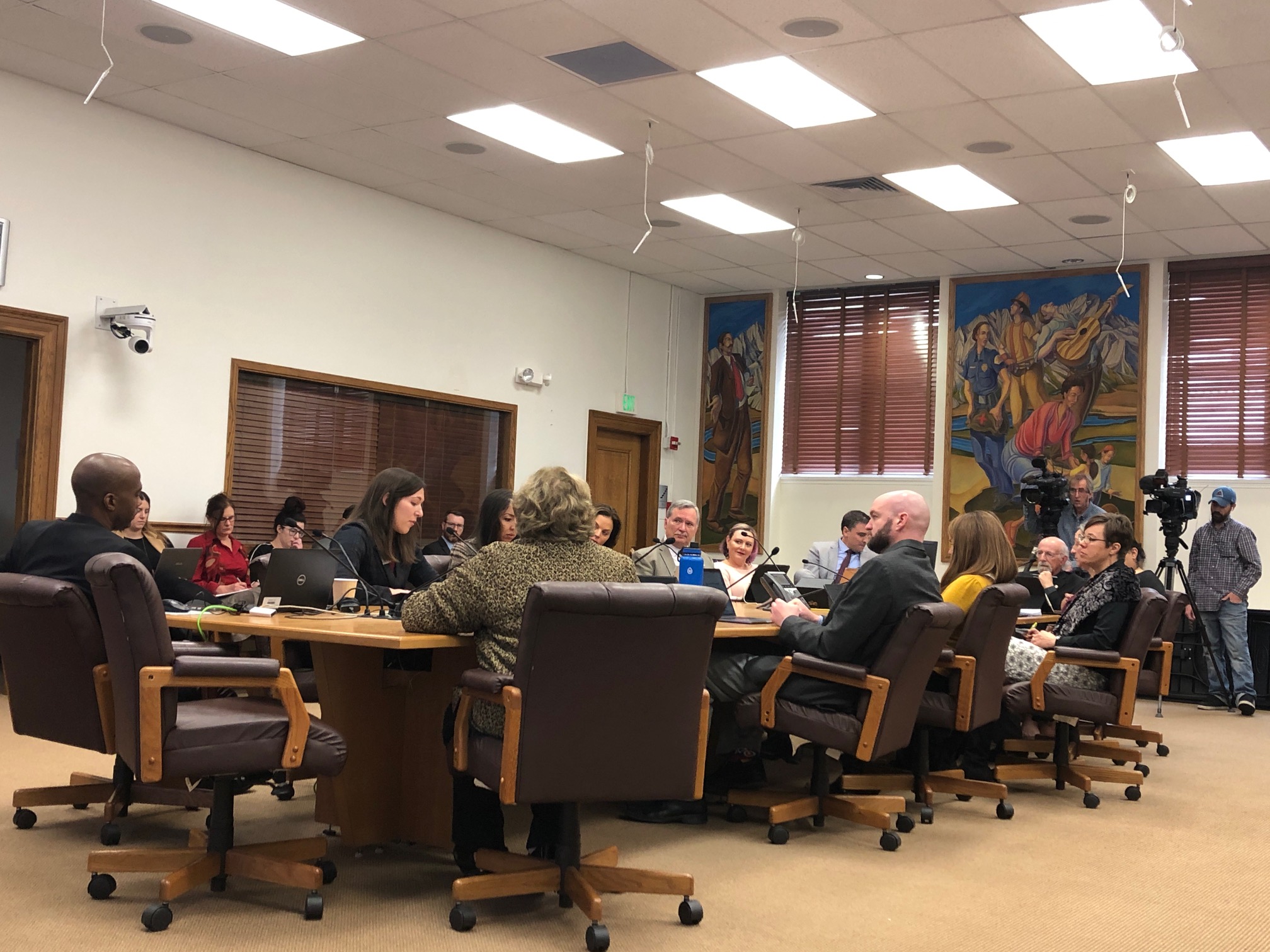 Posted at 10:49h in Legislative by Katherine Wessels
0 Likes

Updated 2/10/20: In a 7-4 vote, the Denver City Council voted on Monday to change a Denver ordinance that would allow pit bulls to be owned and kept within the city of Denver with a breed-restricted license. Mayor Michael Hancock is expected to make a decision on whether he will sign or veto the bill as early as Friday, February 14 but no later than Sunday, February 16. The new rules would go into effect in May if signed into law by Mayor Hancock. Owners would be required to apply for a breed-restricted license and register their pit bull with Denver Animal Protection.

Originally posted 1/22/20: CVMA testified in support of a proposed change to Denver’s Ordinance Section 8-67 (Pit Bulls Prohibited) during a Safety, Housing, Education and Homelessness Committee hearing on Wednesday, January 22. Under the proposed amendment, pit bulls could be owned and kept within the city of Denver provided the owner obtained a breed-restricted license. CVMA testified alongside the Dumb Friends League and the American Veterinary Medical Association in support of the bill.

The committee agreed to move the proposal out of committee and on to the full council for consideration.

See the full testimony from CVMA past president Dr. Randa MacMillan below.

Thank you for the opportunity to speak this morning on behalf of CVMA which counts 100 Denver veterinarians in its membership and whose 2,400 members tend to our dogs across Colorado every day.

The CVMA Board of Directors unanimously supports the proposed amendment that changes Denver’s ban on pit bull-type dogs. CVMA appreciates the opportunity to meet with you to share scientific- and evidence-based information on dog bites and safe communities in support of the proposed
amendment.

I’d like to talk about two main topics: dog breeds and bites, and dog aggression.

The fact is that any dog can bite, and that breed does not predict behavior. It is not true
that specific breeds of dogs are not ALL dangerous. The science backs this up. A 2014 review of more than 60 studies conducted since 1971 on breed and dog biting concluded that breed alone is a poor predictor of aggression. In fact, that same study listed a total of 15 breeds that were identified in serious dog bite injuries. So, it is a myth that pit bulls bite more often, and it is a myth that pit bulls have physical differences that make them more dangerous. Pit bulls are not de facto aggressive animals. All this means that breed specific legislation or “breed bans” are not a reliable or effective solution for preventing dog bites in a community.

The issue of dangerous dogs, dog bites and public safety is complex, and dependent on many factors that can be overlapping. Research shows, and we know, that individual dogs are more likely to become aggressive when they are unsupervised, unneutered, and unsocial – which means they are not socially conditioned to live closely with people or other dogs. Other important factors include such things as the training method, whether the person is a stranger or the owner, and urban vs. rural setting. Taken together, these factors are unique to the individual animal, and they combine to be more important than breed in preventing bites. Dog bite prevention requires social conditioning to live closely with people, dogs, and small children. This is the responsibility of dog owners.