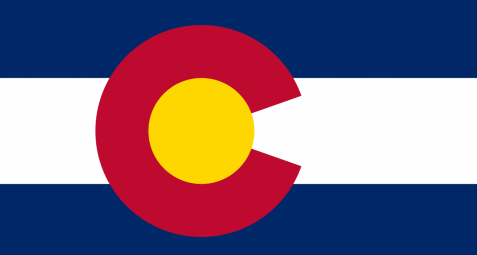 Posted at 11:59h in Legislative by Katherine Wessels
1 Like

What are the latest updates on this issue?

There was a Title Board rehearing of Ballot Initiative 16 (PAUSE) on Wednesday, April 7. CVMA attended the 4-hour rehearing during which the Title Board set a new title for the ballot initiative. While the Title Board acknowledged that it needed to fix some of its earlier errors in setting a title, CVMA believes the new title set by the board does not accurately describe the impact the measure would have on animal and public health.

What is CVMA’s position on this issue?

CVMA is highly concerned about Ballot Initiative 16 because it would have significant, extremely negative impacts on Colorado’s animals, their owners, and the veterinary profession. Every veterinarian takes an oath to protect animal health and welfare, prevent and relieve animal suffering, promote public health, and advance medical knowledge. Initiative 16 threatens all of those commitments.

If passed by Colorado voters in 2022, the initiative would:

CVMA strongly believes the title for Initiative 16 that was set by the Title Board on April 7 does not give voters a fair title that accurately describes the impact that the measure would have on animal health and on public health.

What are elected officials saying about this initiative?

Governor Jared Polis has issued comments to several news outlets stating his opposition to this initiative; however, no official public statement has yet been released. Several rural Colorado legislators are encouraging Governor Polis to make a public statement about his position on the initiative.

What is this issue all about?

“Protect Animals from Unnecessary Suffering and Exploitation” or Ballot Initiative 16, proposes changes to Colorado’s animal cruelty statutes and is an initiative being considered for the 2022 Colorado ballot. Click here to read the text of the initiative.

What is a ballot initiative?

A ballot initiative is a proposal that gets put on a ballot by an individual or group that collects enough voter signatures to get it added to the ballot. The wolf reintroduction issue on the 2020 Colorado ballot is an example of a ballot initiative.

What are proponents of the initiative saying?

The proponents say key goals of the initiative are to:

What are opponents of the initiative saying?

How does a ballot initiative get on the voter ballot?

Ballot Initiative 16 must successfully complete a 14-step initiative process to be listed on the 2022 ballot (see steps below).

Currently, Initiative 16 is at Step 8 in the process.

Step 9 (Signature Gathering), would require the proponents to gather more than 124,600 signatures of registered voters, which are then verified by the Secretary of State’s office during Step 11 (Verification of Signatures). Both proponents and opponents must make major infusions of cash to fund expertise in signature gathering and marketing to the voting public. CVMA expects this process to occur in late 2021.

Even though Colorado’s processes for proposing ballot initiatives and constitutional amendments are among the easiest to navigate in the nation, somewhere between 100 and 165 citizen initiatives are launched and usually fewer than 10 make it onto the ballot. On average, 3 are successful. However, CVMA and other groups are anticipating that this initiative will make it to the 2022 ballot.

What is CVMA doing in response?

CVMA is watching this initiative carefully and is communicating regularly with livestock associations and other allied organizations in Colorado that are working on the issue. Advocacy is CVMA’s number one priority and CVMA is actively tracking the situation as it develops.

CVMA has attended both Title Board hearings and submitted comments expressing concern over the confusing nature of the initiative’s title, urging the Title Board to reject the current title and to designate an accurate, fair title for the initiative.

CVMA is engaged with allied organizations and is in the early stages of discussing the formation of a coalition to formally oppose the initiative. This is a lengthy process, and any organized opposition must be carefully timed to be effective and use resources wisely. CVMA will continue to update members on the issue as it moves forward.

How can I get involved?